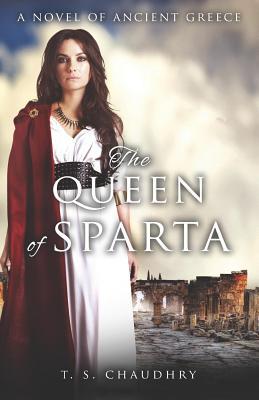 About the Book:
Xerxes, the Great King of Persia invades Greece in 480 B.C. at the head of a massive army. Three hundred Spartans and King Leonidas die heroically blocking the Persian advance at the pass of Thermopylae. The Persians are poised to conquer all of Greece. The only one standing in their way is a woman Gorgo, Queen of Sparta. Though history has relegated her role to that of a bystander, what if she played a central role in the Greek resistance to the Persian invasion. What if she kept her true role a secret in order to play it more effectively? What if she was hiding other secrets too dark secrets of murder and vengeance? What if the only person who truly appreciated her genius was an enemy prisoner whom she has vowed to kill? What if after their victory, the Greeks started to turn on each other? What if, eventually, Gorgo had to choose between the security of Sparta and safety of her son? And what if the only one who could find a way out is the same prisoner who had once fought against the Spartans?”

My Review:
King Leonidas died heroically along with three hundred other Spartans, trying to keep the Persians from advancing. Now Leonidas’s son, is a child-king and is wife, Gorgo, the woman no one can cross. The Greeks wish to take action but only with the Spartans aid. Gorgo believes the only way to keep her people and especially her son safe is to take charge. Telling the Greeks her plan they aren’t the least bit happy, they began to rethink their strategy. They begin spotting off ideas, as though she’s a dumb woman, they offer to just go over her authority and do as they please, but Gorgo wont stand for this.

Crowned-Prince Sherzada of the Sakas feels pulled in two by the on going war.  But still his loyalties lie with the Persians. As he begins deciding where he and his own troops should take action in this whole ordeal, he is visited by his good friends wife. She tells him of her brother and her own feelings about this war. He agrees to do what he can, but truly he can’t do much to stop either side. During a battle with the Athenians, Sherzada is knocked unconscious. He awakens in an unknown tent, bound and thirsty. Men speak of their plans for him but apparently the Queen they speak of, has plans for him, herself.

When Gorgo learns of the prisoners identity, she would do anything to kill him right where he stands. But as the Queen she must do what’s best for her people. She soon must decide whether or not to trust the man who had fought against her people. Does her priorities lie with vengeance or safety of everyone even her son?

The author has done an outstanding job taking us back in time to Ancient Greece, a time that somehow gets forgotten. But in recent years you see more and more movies and books on this great topic that fascinates me. I studied Greek and Roman Mythology among other things related to each of these subjects in school. I really enjoyed the book and look forward to reading many more by the author.

**Disclosure** This book was sent to me free of charge for my honest review from the author. All opinions are my own.