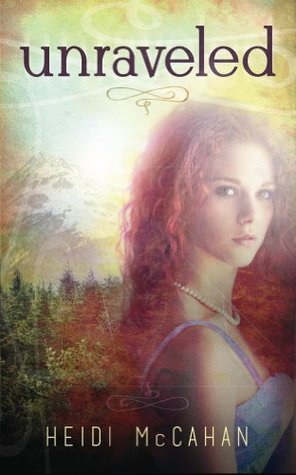 About the Book:
Blind-sided by her questionable fiance, Lauren Carter returns to the one place she’s been avoiding, the place she used to call home. As she’s forced to look into the eyes of her past and even worse, her unraveling future she discovers that running only leaves you out of breath on a dead end street. Will she choose to unveil the secrets that haunt her? Or will she bury them once and for all and embrace a new life so different from the one she once held dear?

Blake Tully, wildly successful and breathtakingly winsome owner of a new rafting business, finds Lauren’s unexpected reappearance confusing. As he torments himself with what if’s and what should’ve been’s, he can’t mistake the feeling that crawls down his spine every time he looks at her. Although she broke his heart once, he longs to give his childhood sweetheart another chance, but can he convince her to stop running away when life gets tough? And can he forgive her when he discovers the reason she’s been hiding?

About the Author:
A Pacific Northwest girl at heart, Heidi was blessed to spend her formative years in Alaska. Her unique upbringing, coupled with Alaska’s breathtaking scenery, fueled her active imagination and loosely inspired her debut novel, Unraveled.
Heidi graduated with a Bachelor’s degree in Sports Medicine from Whitworth University in Spokane, Washington and a Master’s Degree in Athletic Training from the University of Tennessee at Chattanooga. After a brief career as a Certified Athletic Trainer, Heidi married her husband, Steve. They live in North Carolina with their three active little boys.

My Review:
Lauren Carter has been running from her past and keeping secrets. Now she is back home and still trying to hold it all together. The first face she seen as she was stepping off the plane was that of her high school sweetheart, Blake Tully. Her heart does flip-flops and she is sucked into a whirlwind with Blake. Her secrets replay themselves in her mind daily, she isn’t sure how long she will be able to keep them where they belong.

When Blake Tully seen Lauren standing at the airport, it seemed like a ton of old memories bubbled to the surface. After Lauren left all those years ago, he fell apart. But now he seems to have gotten his life back on track, he owns his own rafting business. it bothers him to know she is back but he knows deep down inside he would take her back in a heartbeat. If only she would stop running…

The author has done an outstanding job on this her debut novel. Before long you find out that there are alot of secrets being kept and it will keep you turning the page just to see what will happen next. An amazing story of love and loss!