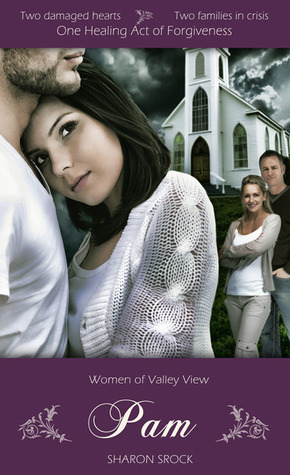 About the Book:
Pam’s divorce broke her heart. The cruelty of her ex-husband broke her spirit. A bottle of sleeping pills almost took her life. Four years later the scars of Alan Archer’s emotional abuse are beginning to fade under the love of her new husband. When Alan returns to Garfield, Pam must learn that buried secrets and carefully cultivated indifference do not equal forgiveness.Alan Archer has returned to Garfield with a new wife and a terminal heart condition. His mission? To leave a Christian legacy for his children and to gain Pam’s forgiveness for the sins of his past. Two hearts hang in the balance waiting for the delicate touch of God’s healing hands.

About the Author:
Author Sharon Srock went from science fiction to Christian fiction at slightly less than warp speed. Twenty five years ago, she cut her writer’s teeth on Star Trek fiction. Today, she writes inspirational stories that focus on ordinary women using their faith to accomplish extraordinary things. A member of the American Christian Fiction Writers, Sharon serves her local chapter in the role of treasurer. Sharon lives in the middle of nowhere Oklahoma with her husband and three very large dogs.

My Review:
Pam had suffered many years of taunting and abuse from her ex husband. She took to sleeping pills and solitude for help, but that never seem to comfort her. When she finally become aware of his “extra-curricular” activities she ended it with a visit to the lawyers office. A few years later after she thought that their relationship was water under the bridge, he returns with his new wife.

Forgiveness is all he wants, he realizes the way he treated Pam was wrong. She moved on and remarried as did he, but with death lingering he needed to know she forgave him. He wants to leave their children with the fact that he is a Christian and that their mother forgave him. But that is going to be hard to accomplish because she doesn’t trust him enough to forgive him. God is definitely going to have to intervene here because without Him the situation seems hopeless.

This story of a woman that has deeply hurt and trying to move on and then she gets a chance to forgive the one person she never thought would hurt her is such a true to life story. A story full of pain and yet full of heartfelt devotion with a strong plot-line. It is an excellent addition to The Women of Valley View series.

**Disclosure** This book was sent to me free of charge for my honest review from Book Fun.