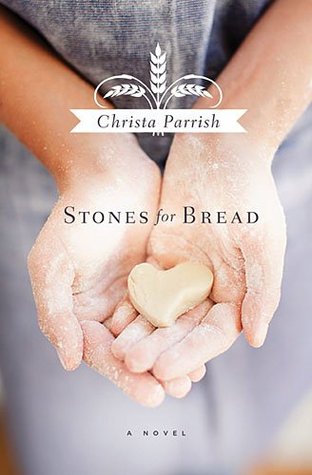 About the Book:
What do you do when the gift you thought was bread turns out to be stones?
Liesl McNamara’s Wild Rise is not only a popular bakehouse and café in Vermont, it’s an extension of herself. Liesl is an artisan bread maker, like her mother and grandmother before her. Even though she lost her mother to suicide when she was eleven, she keeps this maternal bond alive as she bakes.
Liesl prides herself on living an uncomplicated, unattached life. But that changes when Seamus walks through the door of Wild Rise, lugging the large bags of whole wheat flour from the local food co-op. He and his daughter Cecelia have recently moved to the country seeking simplicity. Despite her best effort, Liesl becomes attracted to this teddy bear of a man who laughs easily and eats strange sandwich concoctions—on her bread, much to her dismay.
Her simple life is further complicated when a popular cooking show features her bakery. The publicity increases her business and brings several offers from larger businesses, all of which she turns down. But it also brings a completely unexpected phone call, one from a woman claiming to be her half-sister.
Liesl’s sense of identity dissolves as everything about her relationship with her mother—and the bread that held them together—comes into question. Has she been given stones rather than bread? And how can she ever take these crumbs and make them whole again?

About the Author:
Christa Parrish is the award-winning author of three novels, including the 2009 ECPA Fiction Book of the Year Watch Over Me. When she’s not writing, she’s a homeschool mother of three wonderful children. Married to author and pastor Chris Coppernoll, Christa serves with him as co-leader of their church’s youth ministry as well as serving as a facilitator for a divorce recovery ministry. She is now also slightly obsessed with the art of baking bread.

My Review:
Stones For Bread, is a mixture of nice, tasty treats are rolled into one. Leisl McNamara enjoys a life of peaceful solitude as she runs Wild Rise, the town bakery, that just happens to be the best in town. Her mother and grandmother passed down the art of bread baking to Leisl and it shows everyday as the townspeople flock to her bakery daily. Suddenly things start to change for this artisan and she isn’t so sure she is willing and ready for the change.

Stones For Bread, has several things in the writing that I have not really seen from other authors. The author has carefully placed a very quirky fiction novel along with in site&history behind bread making along with some recipes thrown in for good measure. Even though this a very challenging read, I enjoyed its down to earth goodness.This book is a sure fire hit!