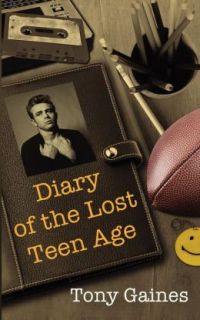 About the Book:
After surviving an attempted suicide, Tom Jones, a shy Christian adolescent, learns to use writing in his diary as a means of communicating with himself as his family settles in on a new life in West Texas. High school football in Texas seems to be the states’ unofficial religion, yet it’s the emerging of television, “the new God,” that starts to have a stronghold in shaping Tom’s newly found pop culture world of the 1970’s. “The Game” begins when star quarterback Reggie Thomas moves in across the street and takes Tom under his wing, tutoring Tom on the road to the end of innocence. Will the duo score on a last ditch drive to escape with their souls intact, or will they find out how easy it is to get lost in the forbidding world of sex, drugs, and rock and roll? Just as the Stone Age and Ice Age were both lost to history, Tom’s diary journals how the Teen Age somehow got lost in history as this page-turner continues to unfold masterfully, sure to leave readers laughing at the anecdotes on an unforgettable journey down memory lane. 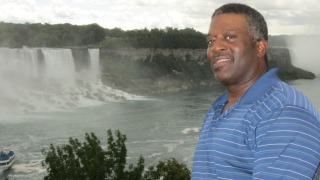 About the Author:
TONY GAINES wrote his first short story in the second grade after the teacher assigned the class to read “The tale of Peter Rabbit” and by the age of twelve he was firmly hooked on writing in a diary regularly. He’s lived all over the world including three continents and now resides in Colorado. Having held jobs as a produce manger, a postal carrier, and a nuclear weapons specialist on foreign soil, Tony uses these experiences, as well as his natural ability for creativity with pen and ink to share stories about the human condition in his debut novel. “After all,” he says, “we’re only human beings on a spiritual journey searching for things the eyes have yet seen.”

My Review:
This book was some what surprising in the way that a child touches a stove not expecting to be burned by it.And I don’t mean that in a negative way just in a surprising one. I really didn’t expect the life of the main character in this book to be so intriguing and yet identifiable. Tom didn’t have the life of all teenagers in his time. But he did have the life of many of them. He grew up in a time filled with gratification by means of everything that was against the rules. I was surprised about how it ended and yet heartbroken for him. From the very beginning I was rooting for Tom hoping that by the end he would change his mind about the Lord. Thankfully I did not model the same life I read about in this book, this book that was written in diary entry form.
Mr. Gaines has done a really good job of conveying how the main character felt and survived the tumultuous years of his youth. It was a very thought provoking book and very different from the ones I normally review.
I will say just a little warning here that this book is PG-13 but beyond that the author do a really good job. A good job trying to get the readers out there to understand the mischief and care free attitude that was Tom Jones.

**Disclosure** This book was provided to me for free for my unbiased and honest review from the author.